Crushing your goals thanks to happy f*cking people 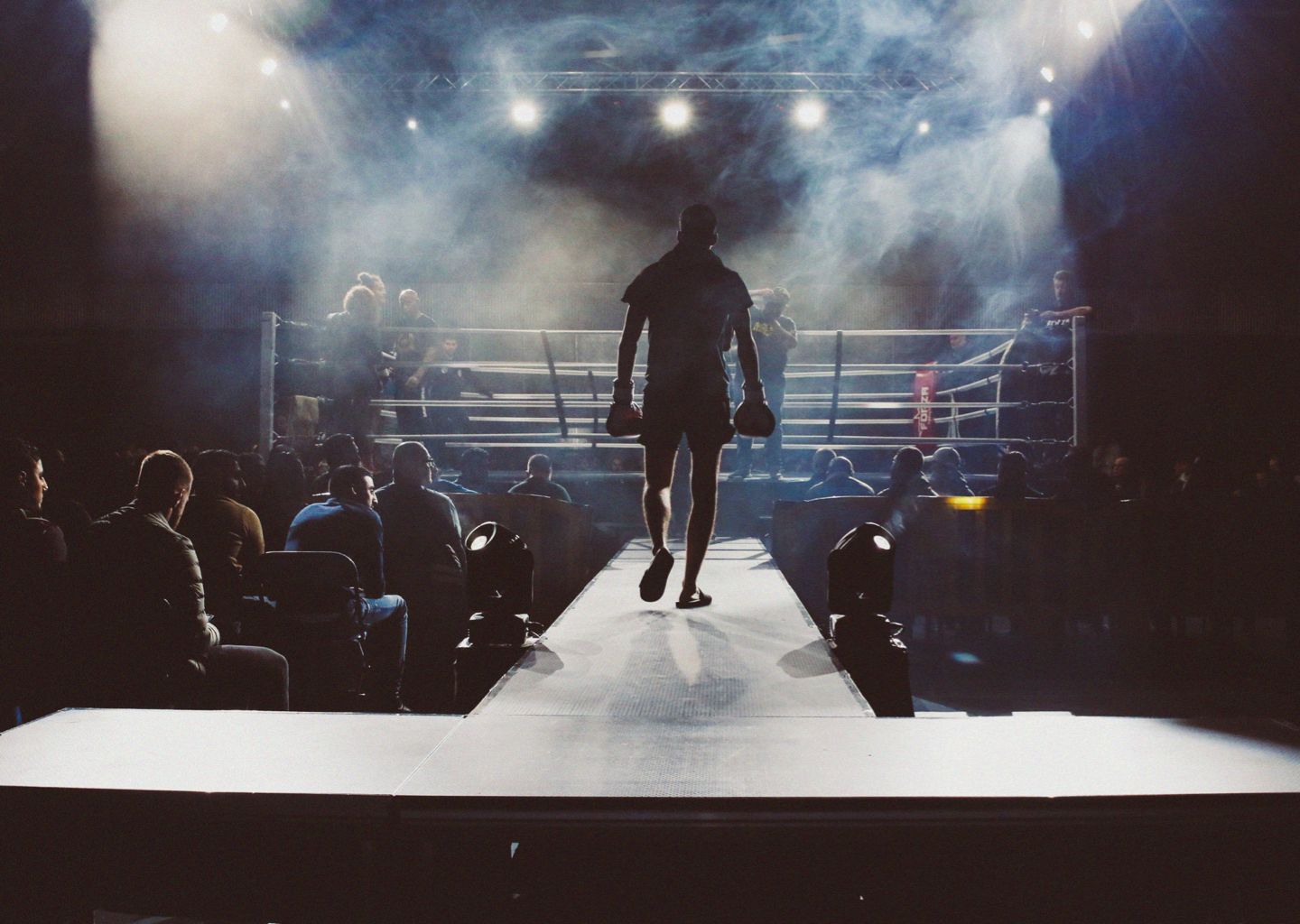 


Gallup showed how the most successful organizations make employee engagement central to their business strategy. Take a look below and see for yourself!

In that same article, Gallup also pointed out that companies with highly engaged employees are 21% more profitable. Ask your VP of Sales what 21% higher profit margins for any given month would mean to them if you want to see why this sh*t is so crucial.

The challenge, however, is that there hasn’t been an easy way to manage these metrics. Sure, you may be running surveys here and there, but it likely isn’t capturing any given month’s ebbs and flows, leaving real dollars on the table.

Savvy leaders like yourself (we know this about you because that’s who ends up reading these) know that if you had visibility into your people’s health and wellness daily, you could better address needs as the opportunity presents itself.

You have your own already, and that’s great. Here are a few that I’ll make a quick case for. No big ask on my end, though, deal?

Not a moment goes by that isn’t influenced by our physiological state, from mental and physical health, sleep habits, and mood swings to just plain old overall happiness. This is the foundation of your employee’s experience and engagement, as this is the lens through which they live.

The best companies have figured out that creating healthy and happy people is not just a strategy for success; it’s a prerequisite.

Let me paint a little picture for you.

After staying up too late “trying to get ahead,” Natalie from marketing is now hallucinating like it’s a Grateful Dead show in the summer of ‘69 at the team Zoom meeting. After hearing about fasting for the first time on the Joe Rogan Experience, she also hasn’t eaten for a few days. After the meeting, she looks at the clock and sees that she has 45 minutes until her next call; she knows that she needs to send out a few emails but can’t stop herself from scrolling Etsy over the next 46 minutes until she promptly dials in one minute late.

Natalie here is displaying the classic signs of early burnout, and it all happens out of sight. She puts on one hell of a show because she cares about her job and has every intention to maintain her performance, but she’s hurting.

When we don’t prioritize our people's health and physiological wellness, we don’t get the best of them. As a leader, it’s essential to know when you’re starting to push too hard because the best employees often keep their mouths shut until things are so bad that it’s too late to address them.

It’s 2021, and the cat’s out of the bag; Diversity, Inclusion, and teamwork must be strategic focuses if you plan on fostering good company culture. And that means a whole lot more than a yearly D&I webinar, some fancy LinkedIn banners, and an email “from the CEO” that we all know came from Dave in PR.

Some of what it does mean is keeping an open dialogue with your people, seeking out unique perspectives, and showing them that their input creates action in the organization.

While writing this, I spoke with a close friend whose role is to recruit for an organization looking to be inclusive and equitable for its people. She mentioned the problem isn’t just bringing in diverse talent but also creating opportunities and success paths that capture a broad spectrum of skills beyond what has traditionally been valued in tech. “It isn’t enough to just hire. You need to look at turnover as well; you’ll see that people hire folks but make the environment unpleasant and inequitable to the point that people leave. If your diverse talent can’t thrive in your organization, that’s NOT equity.”.

With that in mind, the work to be done transcends hiring quotas and webinars. You need to understand how supported your people feel, not just what they say in the same one-on-one where you mentioned that you expect more activity out of them also. Fair?

We aim for antifragility, a term coined by author Nassim Taleb to describe things that benefit from disorder. The robust holds firm under stress, the antifragile gets better. Gritty, adaptable organizations take changing business landscapes that hamper other organizations and use them as fuel for their rocket ships.

Humans are change-averse by nature; some handle changes better than others, and you want fast movers in a innovate or die environment. It’s a good idea to foster an environment of adaptability and grittiness to build higher capacities for both.

Remember that burnout is caused by too much stress without enough recovery, so don’t push too hard, or you’ll do more harm than good. Hippocrates would not be happy. Neither will Jorge from customer success.

We also profoundly admire Angela Duckworth and all of her research on grit. If you haven’t already, watch this famous TED Talk and enjoy reading about all the fantastic successes since. From her website, “Angela has found that grit—a combination of passion and perseverance for a singularly important goal—is the hallmark of high achievers in every domain. She's also found scientific evidence that grit can grow.”

Are you foaming at the mouth yet? If so, that might be rabies.

Performance vs. Engagement vs. Wellness: The false trichotomy

At LEON, we’ve always asked ourselves what kind of company we are: performance, engagement, or wellness? Well, the answer is “yes.”

Many great companies have aimed to solve various problems in these areas. From improving one-on-ones to quarterly sentiment surveys, we applaud the various tools developed to help companies get the most out of their people. They’re all tools in the belt, as they say…

But what guides which tools to use, and when?

Even the best surveying tools operate on a lag and miss out on the windows of opportunity to address challenges before they become problems. A one-on-one to check in might honestly be causing more harm than it’s worth, and those meetings about meetings make me gag even thinking about them.

On top of that, the term wellness has been made a mockery.

It’s like the Fyre Festival for employee wellness - and you’re Ja Rule. Ouch. So yeah, we’re hellbent on making employee wellness cool enough for your CFO to want to buy our stuff. But it’ll be because of our sweet analytics and kick-ass performance gains.

Not because some dude in Lululemon’s two sizes too small made half the company downward dog.

Traumatic yoga aside, there is a problem to be solved here. HBR dropped these charts showing how bad it is. 89% of employees are in mental wellbeing free fall despite some of the most extensive budget lines focused on wellness.

Like Angela said in her TED Talk, that’s where we are today. We have more questions than answers. But here’s what we do know; something needs to change.

So we sounded the alarm and gathered a team of mavericks, innovators, early adopters, and radicals who align behind imperfect execution over accepting the statistics above. 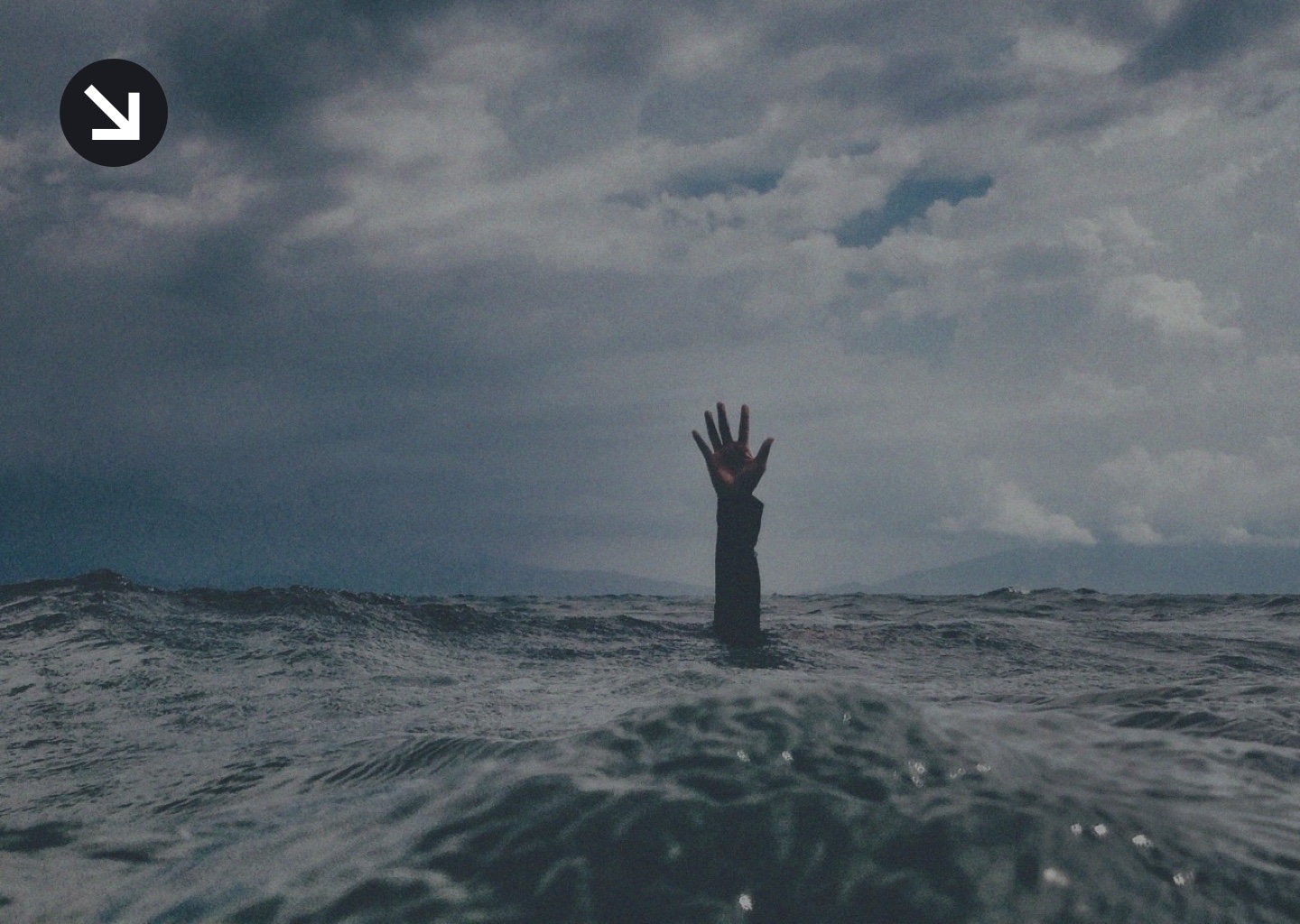 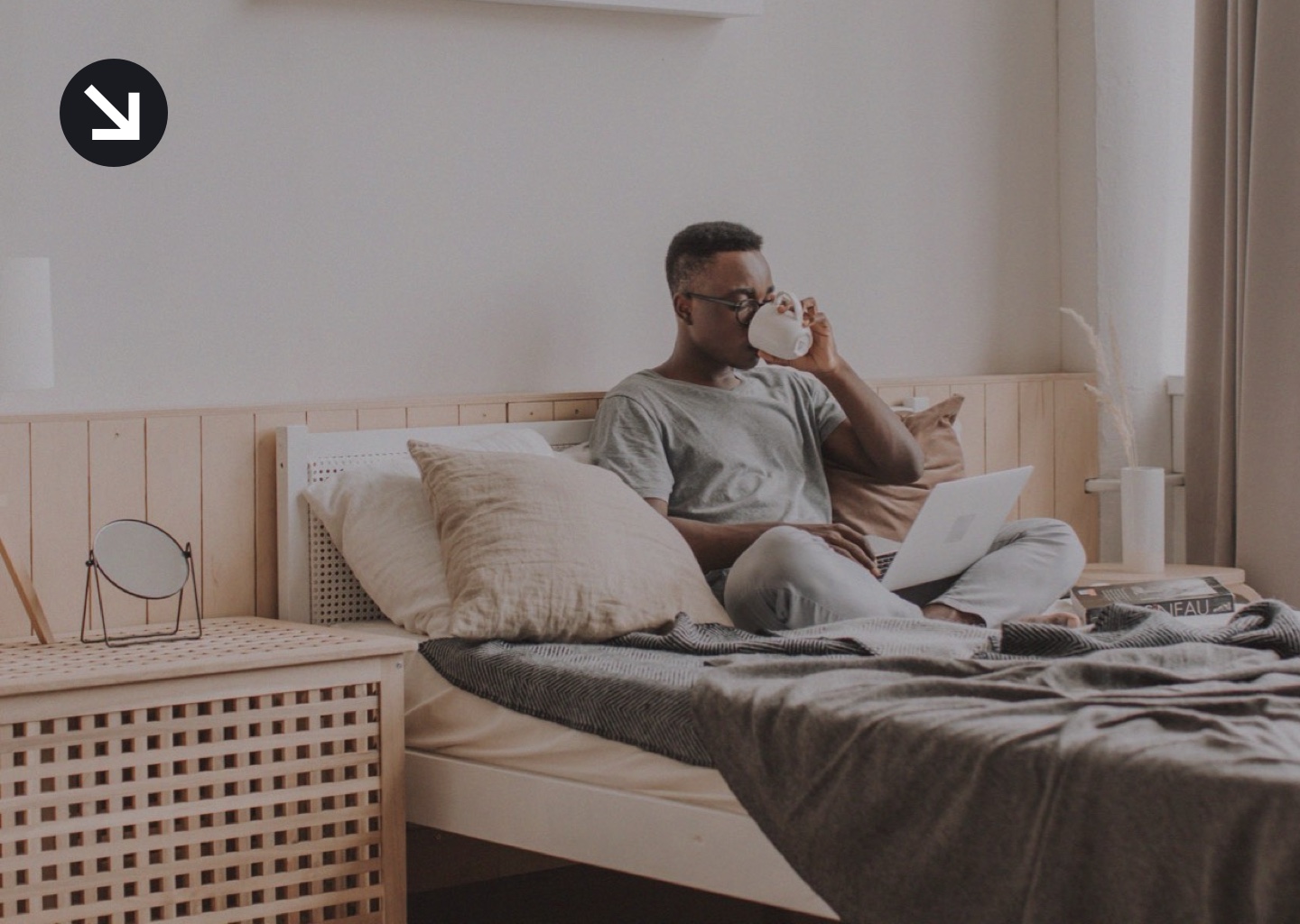 The complete guide to starting a 4 day work week. 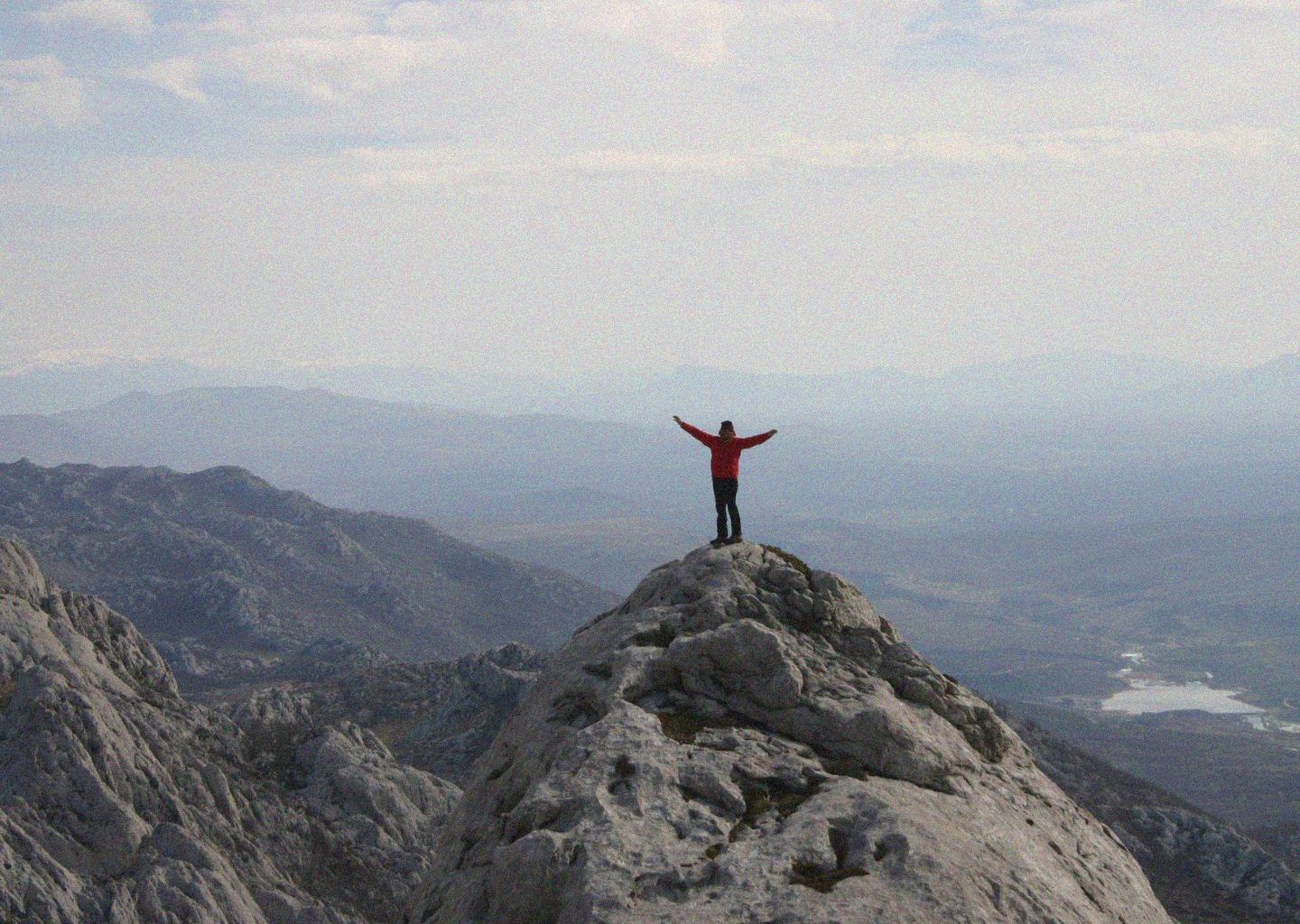